I've just finished a pinup featuring Borf and Kimberly from an old school arcade game by Don Bluth called Space Ace.  When I was super young, it was the most beautiful game in existence.  And let's face it, it still looks impossibly cool.  If you don't know about it - you should look it up.

Anyways, prints will be up at the LTD gallery and I'll post the finished pieces after the show opens tonight.

Be there or be square.

Here's a sketch for you. 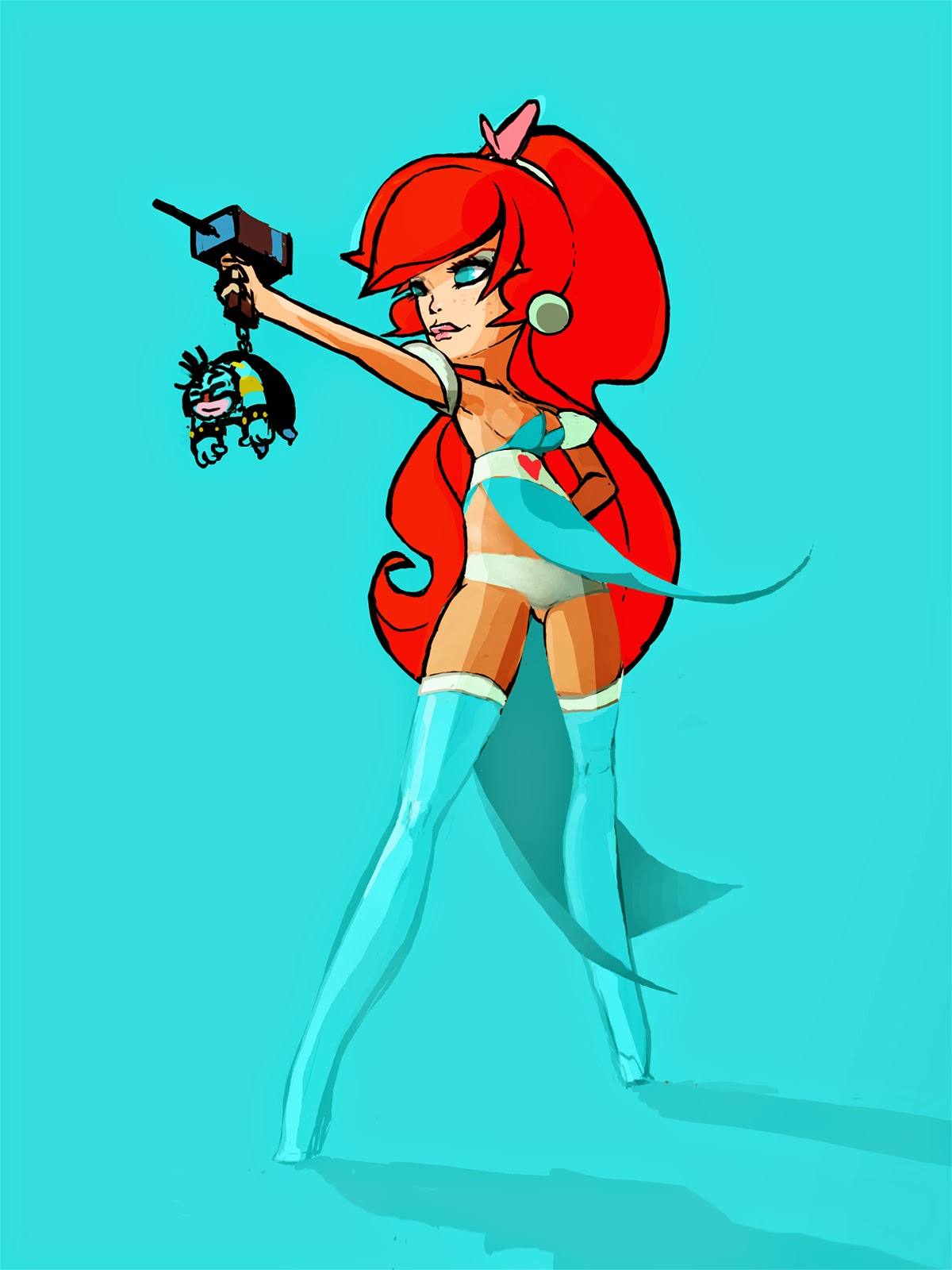 I know, not nearly enough rainbows or vomit, right?  But at least there are some panties. WOOT.

I'm happy to see new pixels from you!