Get CRACK-a-LACKIN! / I made a Gummo Shirt 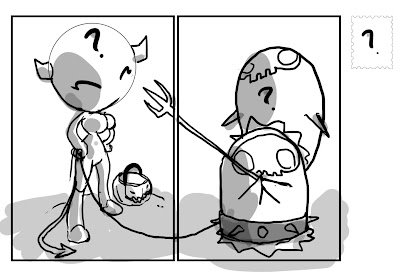 Email me with your idea for artDirectory for a day3.0! So far there are 2 entries! I demand participation. Email me or comment it into the block. Just like I stated in the last post:

Come up with an idea for a set of postcards and a matching stamp. If I pick you you'll get free art! I'll give it a few days to a week for entries depending on if I get many more.

Also, I made this shirt. It's a gummo shirt. Gummo is a movie that's pretty hard to watch but it also pretty fun to watch. It's cultish and it's got some akward moments before that stuff was completely mainstream. Things I like about gummo inclue - the nipple tape scene, the rabbit vs. cowboy scene, and the char wrestling scene (although that might be from another movie but probably isn't). The rabbit boy and the movie gummo might not be for you, but it's definitely worth a netflix, yo. 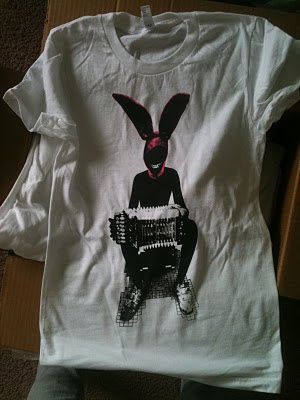 It's based on a screen grab from the movie gummo. I think it's arted enough for me to call it mine.! 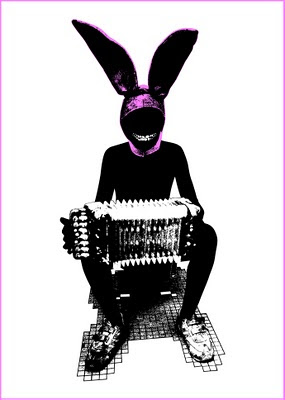 Email ThisBlogThis!Share to TwitterShare to FacebookShare to Pinterest
Labels: art director for a day, contest, i must be crazy, inspired by, photos

I know I already suggested, but maybe:

Both in the same place, one view from the door facing the street and the other from the kids facing the adults in the door

1) A lady dressed up as a cockroach and a guy in a typewriter costume and a couple kids dressed as mummy, vampire, and frankenstein monster

The devil girl and ghost kids is pretty cool already.

Here's maybe a couple of ideas how about one where u see the creature of black lagoon or a swamp creature coming out of the swamp chasing a sexy girl the stamp there could be a dragonfly something from the swamp if it were...the other well pretty much the same except for maybe ur version of nosferatu chasing somebody thru a creepy mansion...the stamp there could be a creepy mantle piece or a portrait of someone with cut-out eyes as if someone is looking thru the holes

There we go - a little bit of creativity up in this piece.

IDK waht I'm gonna pick but I'm gonna hafta paint that sh_t as fast as possible to get em out on halloween!

Use a female version of Ash from Evil Dead films. She should be wearing a blue button up shirt, unbuttoned and have chainsaw for a hand. Stamp will be the missing hand. Tree monster with gnarly roots, and bare branches, in foggy forest.

A girl in a nightgown shining a flashlight onto the other card. The second card has Gizmo in the front of a pack of gremlins. Gizmo is the only one in the light. Stamp would be flashlight on ground.

i LOVE me some gizmo.