Time for a head count. ¿Hands on Dejah Thoris?

ad4ad2.0 is pretty much done. As you read this I'm at a friend's wedding in some g_d forsaken land without the internet plugged into all of the itty bitty hotels. melting like a g_d damned candle stick in this sweltering heat. yes, there are air condition units but they're in the spendy suites. g_d damn the suites. 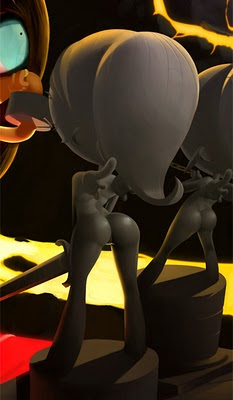 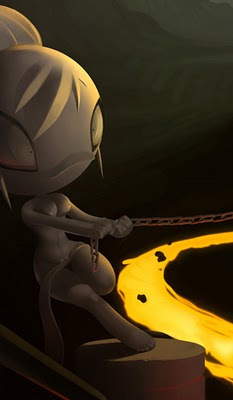 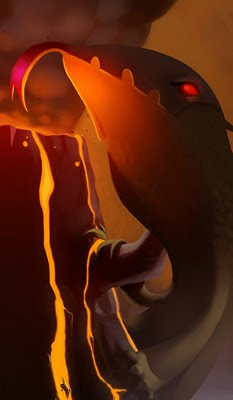 These are snippets from the painting that I've done for the contest. Like the tron print, I'm going to be selling 18x24 giclee prints of the piece on really nice paper. They're going to go for 50 dollars. I'm thinking of a run of 10-15.
Shoot me an email if you're interested in pre-ordering. If I don't get too many emails, I'm sticking to 15 or maybe just ten. I'll also be doing postcards but I'll drop some of those for free a couple weeks after I get the posters out.
Again - Thanks to everybody who participated in the Postcard offering in the last post. I sent all but 1 of them out. So expect those soon. If you haven't gotten the hint, I'm trying to get people involed in the art process - and that means getting lots of free stuff, and occasionally selling some other stuff so I can make more. I'll be doing more stuff like that as I get more product made.
Art Director for a Day number 3 will be coming up sometime next month, so put your creativity in the charger I'm going to need all the juice I can get.
cheers,
&Rew.

Email ThisBlogThis!Share to TwitterShare to FacebookShare to Pinterest
Labels: art director for a day, contest, i must be crazy, inspired by, post it pet

Thank you sir. It's certainly a focal point of human anatomy (to me). as you can easily tell while filtering though this blog...

Oh my goodness... I'm new to your work, I'm I must say found stunning the way in which you work the light, at first I thought they were scultures in a photo composition, then 3D, but reality is even cooler!