I wanted iceman to have style because as you see in his 8bit profile, he never DID have style. So now I flipped him on his head. He still doesn't look roboty, but he does have some cooler gear IMHO. I like the Rocky look, with sweats under shorts and a beanie. It's good. It works. 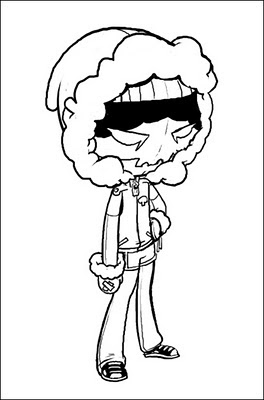 Up next is Fireman... the worst name for a villain. Firemen are the symbol of justice and heroic effort. Fireman shouldn't be a bad guy and his name should instead be something else to avoid confusion.

At any rate, I wanted this guy to look a little disaffected as well. The football pad look is dead designers, so stop using it. I mean, Gears of War used it well, but otherwise it looks kinda played out. Let's go lean and slim for once. And if they're cartoon robots - how mean do you need them to look?

Give it up for Fireman yall. 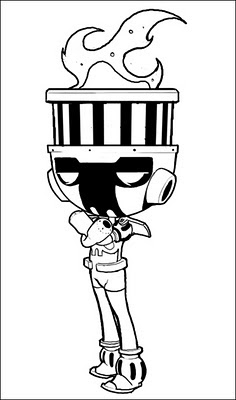