¿Is this thing on?

This is a piece for the upcoming Gallery 1988 show: Is This Thing On? The piece is of one of my favorite comedian's Demetri Martin. It's a mashup of a bunch of his jokes (mostly from the 'Sames and Opposites' shtick that he does. I'll list them at the bottom of the illustration, although if you haven't listened to his jokes, maybe you'd better first. It's better in context than just typed at the bottom of the page.

The piece is about 11x14 and it's ink wash and acrylic paint. It's available for sale at the gallery if you'd like to pick it up. Although there's only one - it's an original. 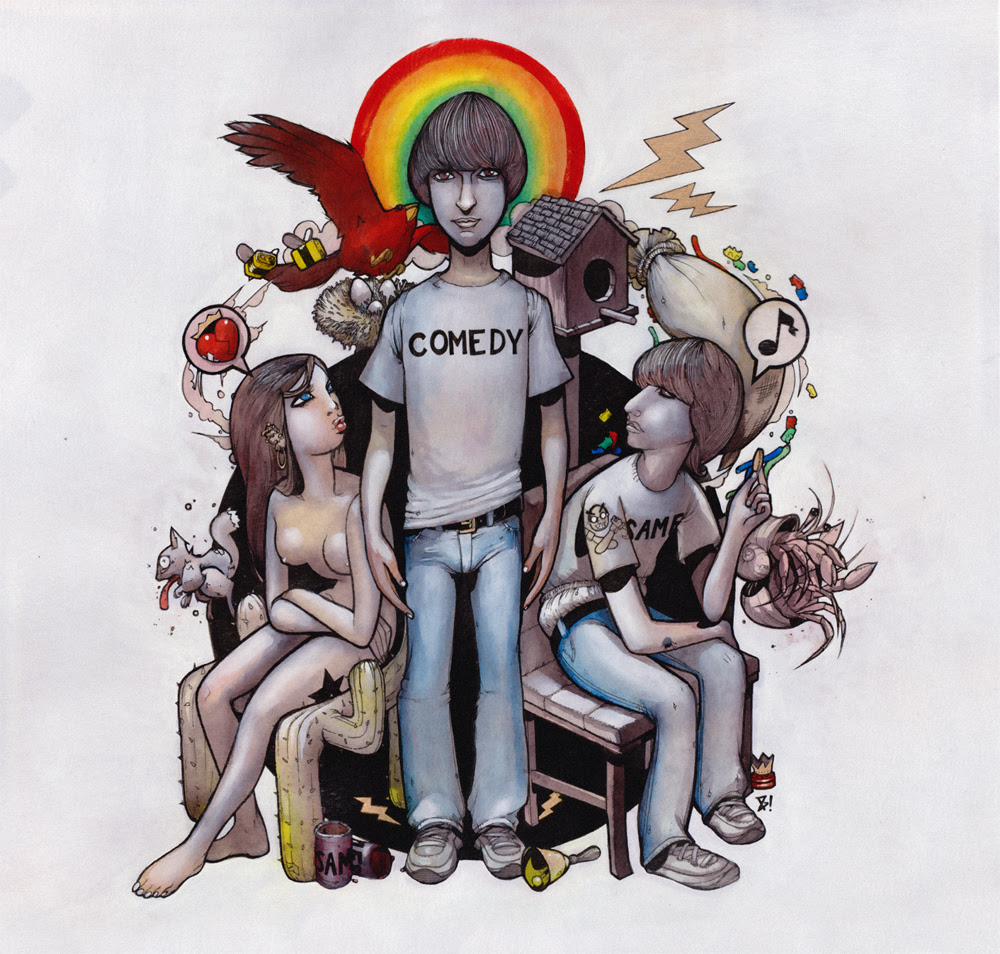 Title:
"These are illustrations."

Jokes:
I notice that there are no 'B' batteries. I think that's to avoid confusion. Because if there were, you wouldn't know when someone was stuttering.

From Checkers I learned that a king is when there's a guy that looks exactly like another guy right on top of him, but life taught me that that's a queen.

I just kicked one of my bells.That's not a good thing to say in life.It's one letter away from being something very painful.

A cactus is the opposite of a chair. In my house you can sit anywhere but there, especially if your ass is bare.

A bird house is not the same as a bird home, one is much more comfortable for birds.

A musical is the same as a burlap sack. I would not want to be in either.

A squirrel is the same as a can, when there's a b-b-gun in my hand.

I'm gonna buy a bunch of hermit crabs and make 'em live together. People will say, `Are those hermit crabs?' I'll say, `Not anymore. They're mingling crabs.

(rainbow) Not gay… but supportive.

I'm working on more Megaman pieces, and I'll pop them up when I get a moment.