This painting is a result of a really interesting project.

I owed a favor to somebody and they called it this christmas.

The request was to paint a "christmas" card, and upon my asking, the person who wanted it didn't tell me to stay away from any particular issues or imagery. So I took all the liberty I wanted and just painted santa and a couple little CMYK elves (it was for a printer).

Funny thing was that the printer didn't get back to me in a timely fashion and by the time there was only half a day left before they needed to print the cards - they finally wrote me an email saying "Ok well I like it but my boss needs it to be more non denominational, he is Jewish..."

When asked what I should do to make it right for her and her boss, I was told (and I'm quoting all of this from email) "Shit I am not sure either maybe throw some Jewish shit in there..."

I was pretty offended. I'm not jewish but to just throw around culture like it's a bag of garbage is not really my style. I don't like to hear people belittle culture like that.

At that point, I realized that I was dealing with a person without class, so I just painted a bonfire over santa and called it a night. I still liked this version, and I hope it doesn't offend anybody. But the next time this woman calls asking for a favor for her work i'm going to have to say "Shit no...maybe you should learn some more politically correct shit."

Oh well... Shit, you live and you learn. 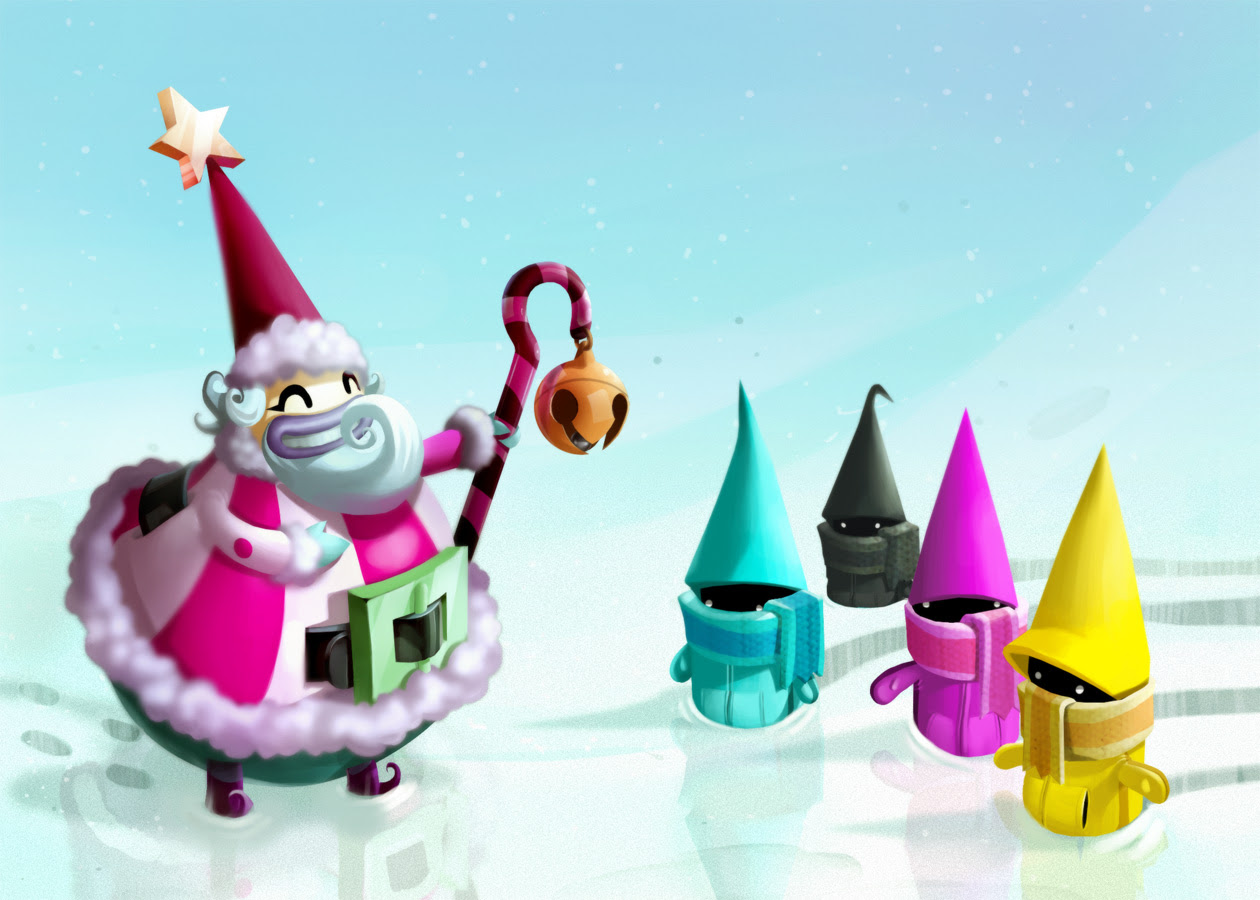 ahahaha - Thas what you get fer trying to spread the Holiday cheer. boooo humbug.

Merry Christmas, dude. I was wondering what you'd come up with for the holidays.

You can't please everyone, though it's a shame as Saint Nick does look very jolly in that pic.
Happy Chrismukka!

thanks you guys. what don't kill ya makes ya stronger. and on the path of an artist, there's plenty of stuff that does just that.