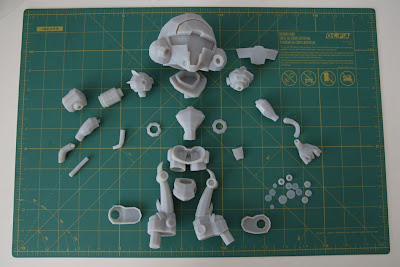 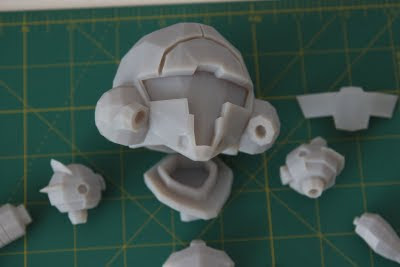 Cool cool Justin. I'll keep you in the loop.

Adam - It's a one-off so far. It's a copyrighted character so it's not like I can mass produce. But I'm thinking of doing a drawing for people who follow the blog and giving away the smaller prototype for free once I'm done with the whole thing.

If you decide you don't hate making 3D figures after this project, you should consider making a Mega Man Legends figure.

Only, Rule 63 it, and make it a sexy female Mega Man Legends figure.

that would be nice(the drawing and prototype giveaway) I also can't wait to see the finished product...I love all ur metroid stuff this one is no exception.

I would be giving this away:
http://3.bp.blogspot.com/-xS96ZUPuwEY/TlZ37wU7ajI/AAAAAAAABus/VkqDr0JQZS0/s1600/samus_photo2.jpg

Oh man! It's like one of those awesome Japanese toy model kits where it has a super awesome robot on the box cover and you're all "Whoa!!" Then you take it home and open the box and it's in 1000 pieces and you're all "Eff this!!" and you just put the box on your shelf to display. Excited to see the finished model.

Now comes the hard part. If I don't post any more pics of this ever again, it's because I failed and broke/lost a piece and threw the thing in a dumpster. ;-)

Chances of that happening? Small but TOTALLY POSSSSIBBLLLLEEEEE. heh.

Good thing I have an iron will.

Looking good! Yeah... Sometimes that sucks about copyrighted chars, but we wouldn't people selling out stuff of our chars, so I get it.

Hey, I been wondering, if you remember by any chance if you send me the postcards in the last give away? (the pin up one) they never arrived, and I wanna know if the mexican postal ofice stole them!

Oh ya - I understand why copyrights exist indeed! I'm not trying to get rich off of somebody's idea.

Samo, I most certainly did mail out your cards! :( That's super lame. I guess when sending to you I'll have to put everything in an envelope so it's invisible? I think it's really lame that they would swipe your stuff.

Dammit... I'am to be blamed... I gave you a wrong house number! I'm gonna go to the post office on monday, luckily, the postcards haven't arrived yet since the give away was in th end of june(last time it took around 2 months) and if they have, they can be either there (since the number I gave you doesn't exist) or in a wrong house but I want my postcards!

In a lighter note, I finally started the fan art of Forgotten Kingdome that I promised since the book arrived, I'll send you a sketch later if you like the idea.

Oh... that doesn't mean that mexican postal service doesn't suck and beat the sh*t out of packages, but its fair that I accept my blame

I miss that energy you brought around the house. Keep on posting. I will keep on reading.