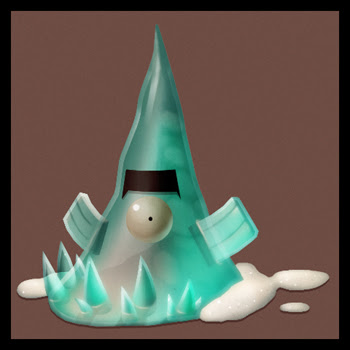 lunch was with the usual suspects Ben and Dave.

it was a pretty good meal - i had the sampler plate with jerked chicken and beef barbeque sandwiches. i did have to pull out a strange rubber beak looking piece and a bone shard large enough to puncture both lungs with ease, but otherwise the flavor was good. i suppose i don't mind picking a bone out of a sandwich every once in a while.

the lunchtime discussion started when i decided to describe a gang fight across the street from my house a few weeks ago - and somehow i ended up relating it to bees fighting dogs and how it's a good idea not to disturb the fighting bees or dogs otherwise they might have allied with each other and then you'd be running from dogs and bees (something like that).

at some point in time the conversation switched when Dave informed us that he'd once kicked a desk while a friend of his was asleep upon it - and he expressed that it was probably the meanest thing he could have done to a sleeping person. i concurred but ben begged to differ, stating that it could have been worse were he to hold a book over the sleeper's head. (this all goes in line with the fact that i think ben is one of the most evil people i know - he always know how to make something more evil).

we began to discuss the logistics of a desk kick and potential kinetic energy transference - how much force was probably administered and what damage it could have/did do. at some point we were describing a double kick with two desks (one above one bellow) and the somehow administering them simultaneously to a sleeping student. i'm not sure exactly where the conversation had gone by that point, but we were interrupted.

a woman sitting behind us turned and broke into our conversation. it was oddly silent before and directly after, but she informed us "you are weird." dead silence. we all exchanged glances and then looked back at the woman. a moment and a half passed, and then we continued he discussion at regular pace.

well, woman, i'm glad you interrupted us to say that because otherwise i wouldn't know what to blog about right now, and while she was probably right that our conversation was strange - the liberating power it gave me to be called "weird" and judged by a stranger (and the realization on my part that i really don't give a flying rat's dick what she thought) was pretty cool.

Speak your mind, but make it quick! - i'm busy debating the philosophical difference between kicking a desk and nudging a sleeping dog with my friends. we're all quite content to speak about whatever we please while we're pulling chicken bones out of our sloppy joes.

On a somewhat related note, me and some coworkers were at lunch the other day discussing the merits of different late night talk show hosts. We all agreed that Carson Daly was perhaps the worst and that he reminded us all of the guy in high school who was popular for no particular reason. I then sacrcastically said, "yeah, I don't know why he left MTV TRL and all the pre-teen to teen tail he was probably getting." There was an awkward pause where some people nodded and then we all laughed. At the table next to us, some middle aged business ladies were giving me a look like they wanted me to eat my own penis using a spork.

The lesson to be learned? Don't eavesdrop.

hahaha. weezie, it took a while for you to come out of the woodwork, but you finally did.

I would have expected the conversation to have shifted to the logistics oh field kicking the lady...

Perhaps in hindsight... you could have said to the "Live Joe's Barbeque Commentator Free With Every Meal";

"it's a good idea not to disturb bees or dogs"

hahaha - well, she certainly was a dog, and I just so happened to mind my own bees.

lol great story. just shows how people are weirded by creative and out of the box mentality.

The whole desk kicking story seemed normal to me...the 'lady' was probably someone who believes that real normal conversations are the ones held by sit com stars like the 'people' in FRIENDS.

Your works have a very ghostly feel to them, aside from being zany and surrealistic.

Oh, yeah. If you think your life is weird, my life comes out of the annals of some philosophical black metal band!!